The Weird Wild West: Tall Tales and Legends about the Frontier

Space may be the final frontier, but no frontier has ever captured the American imagination like the “Wild West”, which still evokes images of dusty cowboys, outlaws, gunfights, gamblers, and barroom brawls over 100 years after the West was settled. A constant fixture in American pop culture, the 19th century American West continues to be vividly and colorful portrayed not just as a place but as a state of mind.

Even for those who travel through the West today, there are plenty of traces of the old times. Ghost towns still stand in remote parts of the desert and prairie, Native American rock art still tell their mute legends, and old prospectors’ mines still dot the hillsides. Even some of the places’ names, such as Bloody Basin, Arizona and Soldier’s Hill, New Mexico, have their stories to tell. In November 2014, one lucky archaeologist at Nevada’s Great Basin National Park spotted an old rifle leaning against a pine tree; the sun and wind had weathered the wooden stock until it was as gray as the tree trunk, making it almost invisible to passersby. When the gun was examined, it turned out to be a Winchester rifle. The serial number was still legible and records showed that it had been manufactured and shipped in 1882. Some prospector or hunter had set the rifle against a tree more than a century ago and never came back for it. It had been leaning there ever since.

As popular as works about the West remain today, the Wild West captured the imagination of people all the way back to the days when it really was wild. Even in the 19th century, its fame spread thanks to dime novels, travelogues, Wild West shows, and theater plays, and people were thrilled by tales of exploration and gunfights. Naturally, in the process of settling the frontier, the adventures contained countless numbers of strange stories, ranging from tales of monsters and lost mines to those about hidden cities and men coming back from the dead. It was a vast, unexplored country, and many mysteries could hide in the unmapped mountain ranges and seemingly endless plains.

The Weird Wild West: Tall Tales and Legends about the Frontier is a collection of tales about America’s frontier that range from the possible to the downright ridiculous. Some are adaptations of old folk tales immigrants brought with them or creations of overly eager newspaper reporters, but many have their basis in fact. Along with pictures and a bibliography, you will learn about the Weird Wild West like never before, in no time at all. 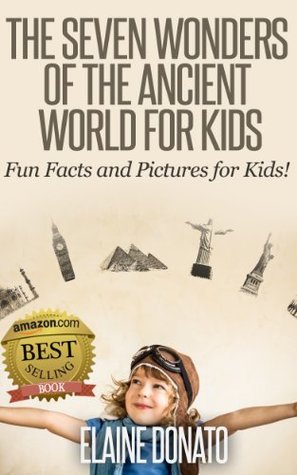 to take a tour through the wonderful world of The Seven Wonders of the Ancient World!

This book is perfect for any young reader ages 4 to 8. Younger children will also enjoy looking at the vivid pictures and hearing you read to them. You and your child will discover intriguing facts about these unique and Seven Wonders of the Ancient World!

Such as…
Chapter 1: The Seven Wonders of the Ancient World
Chapter 3: The Hanging Gardens of Babylon
Chapter 4: Temple of Artemis at Ephesus
Chapter 5: Statue of Zeus at Olympia
Chapter 6: Mausoleum at Halicarnassus
Chapter 7: Colossus of Rhodes
Chapter 8: Lighthouse of Alexandria
*And Much More…*

Includes delightful FULL COLOR photos of the most adorable and incredible tigers you and your child have ever seen. So get ready to have a lot of fun with your kids as you both learn amazing facts about these incredible Seven Wonders of the Ancient World!

The Ashbrook Center’s 50 Core American Documents is meant to introduce
readers to America’s story as it has unfolded from the American Founding
into the Twentieth Century. Many of the documents emphasize America’s
uniqueness and contributions to the world, but they also present different
views on some of the major issues and disputes in American history and government,
especially on the meaning of liberty, the injustice of slavery, and the
demands of progress. Taken as such, the documents reveal a kind of political
dialogue to readers, an ongoing and profoundly consequential conversation
about how Americans have agreed and often disagreed on the meaning of
freedom and self-government. 50 Core American Documents invites teachers
and citizens alike to join in this American political dialogue.

Failed Yet Famous: How To Learn From Extraordinary Men And Women Who Overcame Adversity

Life can be difficult sometimes: set-backs, roadblocks, and sometimes failure threaten to derail dreams and goals we all have. Everyone has faced obstacles and chances are that more obstacles are yet to come, but how you deal with those obstacles can be the difference between happiness and misery. Successful people are just like everyone else because they too have faced adversity in a number of different ways, but successful people persevere through their set-backs and learn from their failures.

This book examines the lives of a number of men and women from different walks of life and different periods of time to understand how some of these extraordinary people overcame adversity. The book serves as both a guide and an inspirational manual for those who have feel beaten by life but want to fight back!

This book is unique in that it borrows from the literary genres of biography/history and motivational writing to present a fresh perspective on life. Although the book focuses on the life of historical and some contemporary personalities, it is not a historical study and does not try to paint an especially glamorous picture of any of these people. In fact, the book does not focus on the “highlights” of the extraordinary people’s careers and instead emphasizes the “lowlights” of their lives because that is where the reader can learn the most. Each person profiled in this book is unique, like each of us, but they also employed similar techniques to overcome adversity, which is where you the reader can learn the most. By studying how great people overcame various set-backs, roadblocks, and failures you can use the same methods to persevere adversity in your own life.

Ultimately this book intends to motivate everyone who reads it to pursue their goals no matter the set-backs. The goal is to tap into our unused perseverance reserves in order to meet our goals and attain happiness and success. We all have the power to realize our goals, but sometimes we need a little help when the going gets tough. Most of us have friends and family that we can lean on when times get tough, but hopefully this book will provide a little more incentive for those of you who are looking for an extra person to help you when things get tough!

Did you know that Shakespeare wrote the world’s first ever knock knock joke? How much of a ribbon worm’s own body can it eat and still survive if it gets a little hungry? What unusual lost property has been handed in on the London Underground? And what surprising kind of song is the American national anthem based on? This absolutely fascinating book contains over one hundred facts covering various categories such as war, music, TV & film, ancient civilizations, royalty and many more. So whether you want to know which pirate ate a man’s beating heart, or what Lennon and McCartney’s unfinished play was called, then this is the book for you.

Great Battles For Boys: Bunker Hill to World War I 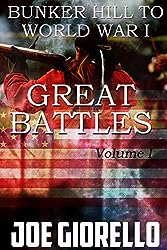 book in the Great Battles series designed specifically for young boys.
“I strongly recommend this book, particularly to younger readers who aren’t provided this kind of insight in standard texts. Giorello has written a truly valuable, concise and relevant work of scholarship for readers of all ages seeking an enhanced understanding of crucial turning points in American history.”

Ranolph Harrison, Army Special Forces Captain with 27 months of combat duty in Vietnam, and author of “West from Yesterday.” This is the first book in the Great Battles Series for students in Grades 3-9. This series will transform the way we experience history. Great Battles is a unique look into specific battles affecting American History. Also included is a listing of other reading materials and movies that will help each student not only understand the history, but realize how it has shaped our world.

Great Battles takes young readers directly to the field of war. This first volume begins with Bunker Hill and the American Revolution then moves chronologically through United States history: The Alamo, The Civil War, Little Big Horn, San Juan Hill and World War I. (Later Great Battles will cover WWII in Europe and the Pacific, modern warfare, and Ancient battles). With historic photographs and maps, each chapter also offers an age-appropriate reading list, Internet resources and movies the whole family can watch. Even the most reluctant reader will be captivated by history shown through weapons, warfare and strategy. Learn how those ragtag American colonists beat the powerful British, why the Civil War so bloody, and how lloss at the Alamo ultimately led to Texas Independence. Great Battles is the perfect primer for creating a love of history in any child.

All you ever wanted to know about fortifications but never asked

An introduction to the history of fortifications and their building technology.

With the 150th Anniversary of the Battle at Gettysburg and the Siege of Vicksburg, New York Times Best Selling Author, Heather Graham, is revisiting one of her favorite time periods – The American Civil War. This time, however, she has compiled biographies of some of her favorite real-life characters of the period. We hope you’ll enjoy her gift to you in SOME WORE BLUE & SOME WORE GRAY. And feel free to comment in the review section if there are people you would be interested in reading about from the Civil War. Ms. Graham sees this as a living, growing document and is certain to add to it as time goes by.