Now, this is awesome!!! I am facing-off with AMY FLIPPIN’-CLIPSTON!!! (I am pretty sure her name is hyphenated). This girl has authored over 20 bestselling books. Insane!!!

Although she is known for being a fiction writer, Amy, also, wrote a memoir about her kidney donation that saved her husband’s life.

You can check it out by clicking on the pic ——>

Besides writing bestselling books, she has won multiple awards. Check out some of them:

Amy is well known for her Amish fiction. Here are a handful from different series that she wrote:

Ok, I think I bragged on her enough. Let’s see if she can bring anything to the table where it really counts! 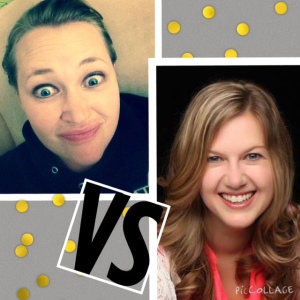 The rules are simple. I ask Amy some random questions. She replies and then I give my answers. Each winning answer is worth one point and I get to decide whose answer is better.

Amy – You can’t hear me, but I’m sitting here chuckling to myself. I suppose it was when I went through my Madonna stage and I had her jacket from the movie “Desperately Seeking Susan.” I wore the jacket along with lace gloves and big, sparkly sunglasses. I thought I was so cool. Ha ha!  And, no, no pics!

Charity – OMGOSH!! I wish I could have seen that!!! Hahaha. I love it. I remember thinking I was the coolest thing with these shorts that had suspenders. I would drop the suspenders, OBVIOUSLY, and then wear a shirt that was signed by all these guys from the different Busch Gardens shows. I stalked them all summer long and always wore the same outfit so all their signatures were on it. Oh. My. Gosh. Embarrassing.

— I think the Madonna outfit might have won that round…

2. When did you know you were going to marry your husband? What did you do that sealed the deal for you?

Amy – Trust and mutual respect sealed the deal for me after being hurt more than once. It only took a couple of months before I realized Joe was the real deal; he was thoughtful, trustworthy, and my soulmate. Yeah, I know—completely corny, but it’s true.

Charity – Not corny. I was a single mom, so I had no time for losers. Haha. I went out with him one night because he moved here and didn’t know anyone. I was just being friendly (for reelz!!) (even thought he was a fine slab of meat!). Anyway, we went to downtown Norfolk and talked for 4 straight hours about everything God had done in our lives (we had just recently gotten saved). I had never met a man so passionately in love with Jesus just like I was. I came home and told my sister I was going to marry him. I did. 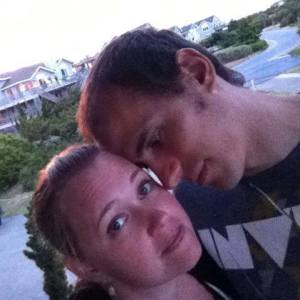 The B&W was when we were still babies!!! That was taken about 11 years ago. The second one was taken last year ❤

3. Have you ever been on a unicycle?

Charity – Girl. You would not even want to see that go down.

4. When you lived in VA, which of the historic triangle destinations was your favorite? Williamsburg, Jamestown or Yorktown? Why?

Charity – Haha. Um, NO! Those are not in the historic triangle!! But, I do love the Outer Banks. We go to Duck every year for our family vacation. Love, love, love the boardwalk there. The ocean and the sound are about 4 blocks from each other, so it’s the smallest, little, cute town! 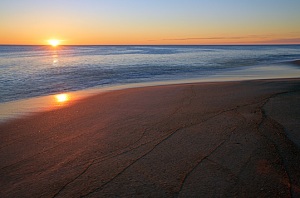 I love Yorktown because I spent so much of my childhood there in the Fife and Drum Corp. woot woot!

5. If you could be on any reality show, which one would you choose?

Amy – “Dancing with the Stars,” and I want to dance with Derek Hough. Swoon!

Charity – EW! Ha. Any guy that can move like that…something isn’t right!! I don’t know. I am a major Survivor fan. I would love that, if I was healthier!! So fun. I would say all of Jeff Probst’s phrases along with him and he would be super annoyed.

“If any of you gave the hidden immunity idol and want to play it, now would be the time to do so. I’ll read the votes”

6. Best concert you have been to?

Amy – That’s a tossup between Weird Al Yankovic and Brad Paisley. They both put on the most fun and entertaining family-friendly shows I’ve ever seen.

Charity – OMGosh. You are my hero if you went to a Weird Al concert. Did he do White and Nerdy??

7. Where would your dream home be? Pics?

Amy – I suppose my dream home would be on the Outer Banks. 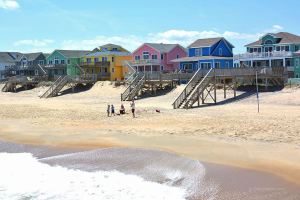 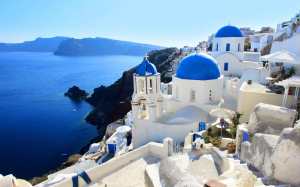 Amy – I strive to glorify God through my Christian fiction novels. I pray frequently while I’m writing, and I include scripture verses that truly speak to me in an effort to touch the hearts of my readers.

Amy – I have two—wasps and spiders!  You’ll hear me scream and run like an idiot when I spot one!

Charity – Dentists make me want to die. Hands down. And then snakes.

— You get this because the readers have seen my answer a bajillion times!

10. Worst thing you have ever eaten?

Amy – I’m not a steak eater, so steak doesn’t appeal to me.  I also don’t care for scallops or oysters.

Charity – Hmm weird. My answer isn’t too cool because I think it would be liver and beets. Barf.

I just love this gif. HAHA!! I lost. That’s my losing dance! 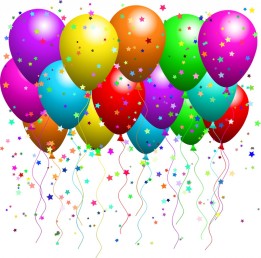 This has been so fun! I love hearing about your crazy, fun life!

Ok, you guys. This is INSANE! Amy is giving away a HUGE PRIZE PACK!!! This is truly the best giveaway we’ve ever done!!!

Want a couple books and some serious swag? (ie… tote bag, bookmarks, and pens???) Just head on over to a Rafflecopter giveaway and start entering!!!

*US Rez Only (we do love the rest of you too!!)
*Entries will be checked, so make sure you follow the instructions!