Hello, Gina!! So excited to have you here today!!!!

This lady has authored four inspiring books. Her first, Crossing Oceans, released with Tyndale in 2010 and was a Christy, Gold Medallion, Christian Book of the Year finalist and won an INSPY and Reader’s Choice Award. It has hit bestsellers lists on and off for years.

Check out her books here. Links are in the pics! 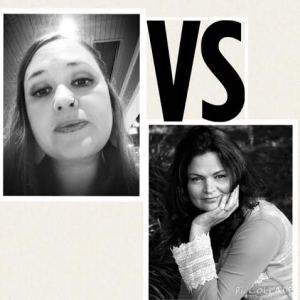 The rules are simple. I ask Gina some random questions. She replies and then I give my answers. Each winning answer is worth one point and I get to decide whose answer is better.

1. Have you ever gone skiing? Is the ski lift really scary? NO seatbelts, right??

Gina – Yes, I love skiing, but I haven’t been for a very long time. I don’t remember any seat belts, but if that’s changed in recent years, I don’t know about it. I think skiing is the funnest thing to do in all the world. Ski lift scary? No, but you’re talking to someone who didn’t think skydiving was all that scary. The ski lift is serene. I guess it’s a little scary as the lift gets ready to touch down and you’re preparing to jump off as a bunch of other skiers look on, hoping you don’t trip and embarrass yourself. Oh yeah, and you do worry a little as you look down into the glare of the snow and see a bunch of hats, sunglasses and the occasional set of keys. If you drop something, you can kiss it goodbye. The finality of that…shiver!

Charity – Wait! HOLD THE PHONE! You went sky diving? WITHOUT ME?? I have always wanted to do that. (Watch video above to see her skydiving!!)

As far as a ski lift…I would be needing a change of pants once I got off. Whew. Seems so scary to be dangling so high above ground without any proper seatbelts or parachutes!

— Gina gets that one!

2. Would you be able to live in a submarine? My Dad was a sub guy and said when they leave to go out for 6 months, they stack all the cans of food on the floors so everyone has to bend down to walk. As the time goes on, the “floors” get a lot of holes in them, so you have to watch your step… 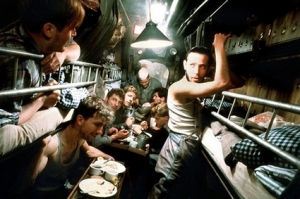 Gina – Oh man, that sounds like pure torture to me. Your dad’s tougher than me. I like being cozy, but crowded freaks me out. I guess you would get used to it, but I certainly wouldn’t sign up for that assignment–unless I’d be trapped with a bunch of writers and we could store books in the holes in the floor . . . nah, still wouldn’t.

Charity – Sounds like a nightmare to me too. Being stuck under water in a tube. ack.

3. What’s your favorite song to work out to?

Gina – My husband is a musician and his song, Red Zone, is awesome! It’s all about speed baby! (Not the drug, to clarify. We just say no to blow for the record.

Charity – haha! That’s awesome!! (And, for the record…I did try to get a download of that song to share with you guys but they are in the process of getting it recorded and sold! woot!!)

Ok, my favorite song to work out to….

Gina – I find them both very lost. I guess if I could make one go away from the public eye, and only one, it would be Kardashian. Her nudity everywhere is gross and a shame. In all honesty, they’ve both crossed my prayers at some point.

Charity – I completely agree with you. They are so lost and sad inside. Breaks my heart. I also agree that I would want the Kardashians (and their significant others) to go out of the public eye. Horrid.

5. Would you ever go to a bodybuilder competition? What kind of people are in the audience, I wonder…

Gina – I’d go to one if I had a good reason–like my son was competing and wanted me to support him or they were giving out free books or something. I think it’s a fine pursuit. Probably the people who are into those competitions wonder what kind of people would attend a book festival. Different strokes for different folks.

Charity – Hmm. I would be terrified to see my sons up on stage competing! haha. It scares me a bit…Not gonna lie.

— Gina is much more gracious and kind!

Gina – The Notebook! Who doesn’t want a guy who will hang off a ferris wheel for her? 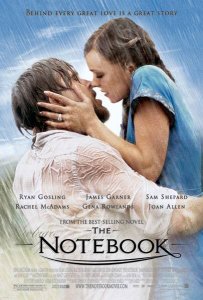 Charity – That was sweet…but I am more of a sucker for the “stand by your side no matter what” guy….and historical genres.

Gina – There are a couple of verses I try (and often fail) to live by: Whatever you do for the least of these, you do also for Me and Whether you eat or drink or whatever you do, do it all for the glory of God. Those verses run through my head constantly. Whether I’m nursing, (which is my day job), writing a novel that will point to God’s truths or raising up my children to follow Christ.

8. Have you ever gone hunting?

Gina – No, but I would. It’s my personal belief that if you’re going to take something’s life though, be a good steward. Just killing something for fun and not putting it to good use, or being disrespectful isn’t cool. You can bet if I or my family was starving, I’d be stalking a deer. If I were an animal, I’d rather live my life free, and die by a hunter’s hand then in crowded captivity in a slaughter house. Boy, this conversation just took a turn.

Charity – ha! Yes, it did. It’s all good though. I completely agree with you. It’s not my sort of hobby, but I wouldn’t hesitate to do it if I needed to for our family to have food.

9. Favorite woman in the Bible?

Gina – Esther. I love her story. She was plucked out of obscurity for a reason. She was afraid, for good reason, but rose to the occasion to help save her people. God seems to like using cowards to be His hero. I love that!

Charity – Absolutely! This is a really difficult question for me. I think there were so many amazing women. I think of Hagar and all she had to deal with. Deborah fascinates me. What kind of solid teenager was Mary to be chosen as the mother of Jesus? I really don’t even know how to answer this!!

Thanks, Gina!! So fun getting to know you better 🙂

I am super happy to tell you that Gina is giving away one of her books!!!! Woot Woot!! Just head on over to the rafflecopter link and start entering!!

*U.S. Rez only (Sorry! We do love the rest of you too!)
*Entries will be checked

3 thoughts on “Face-Off with Gina Holmes!!”