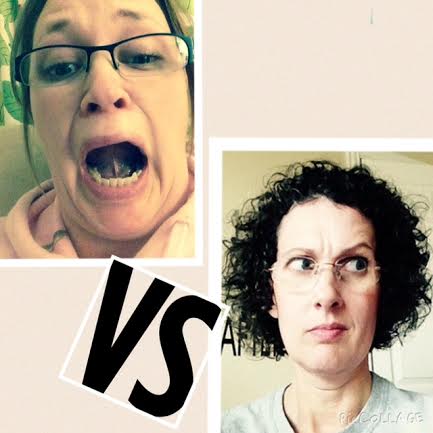 Super fun author, Varina Denman, is IN THE HIZZY TODAY!!!

I am excited to be facing-off with this fun lady 🙂 You have probably seen her book, Jaded and I know you are waiting her new release, Justified!! Well, just read on down because you will have a chance to win a copy of this new release! WOOT! 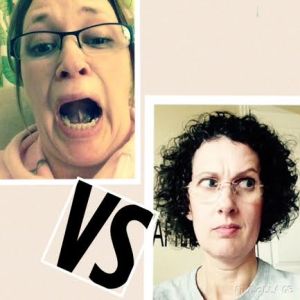 The rules are simple. I ask Varina some random questions. She replies and then I give my answers. Each winning answer is worth one point and I get to decide whose answer is better.

1. Have you ever gone bull riding?

Varina – No, but I once sat on a cow, does that count? My dad’s herd was gathered around the hay feeders, and my sister and I took turns. It wasn’t quite the same as bull riding since the cow was so tame, but she did shift her weight to one side, effectively removing me from my perch without ever lifting her head from the trough.

Charity – That definitely counts!! ha ha ha. I have not done it either…so, well done!

Varina – That would have to be the road trip to Arkansas when I was eight. I got car sick riding in the back of the station wagon. It turned out all right in the end though, because it earned me the right to sit in the front seat between Mom and Dad for the rest of the trip. (The siblings were not pleased.)

Charity – I bet they weren’t!! Hmm. I can’t think of any terrible vacations! Not cool. I shouldn’t have asked that!!

3. What is the worst children’s song you can think of?

Varina – That would HAVE to be the theme from Lamb Chop’s Play-Along, “This is The Song That Doesn’t End.” When my kids were little, that song got stuck in my head every morning at breakfast time, and silently tortured me the whole day. Made. Me. Crazy. Here, see for yourself:

Charity – That is pretty bad! I think I can give you a run for your money though…

4. Have you ever ran a marathon?

Varina – No, but in junior high school, I ran cross-country track. A whole MILE. Through the entire season, I think I completed only one race without stopping to walk part of the way. Not much of an endurance athlete here.

Charity – NICE!!! I think you might have me beat. Whew. This girl can’t run. Just can’t. I will die.

My idea of a marathon is to binge watch a show on Netflix.

5. Where were you when the OJ Simpson verdict was announced (the big one!)

Varina – I was home with my kids (one, two, and four-years-old) and a couple others who I babysat. While I fixed bottles and changed diapers, I kept the Simpson trial running in the background, not unlike a soap opera. (A really boring, slow-moving soap opera, but addictive none-the-less).

Charity – I was in college. We actually stopped the class and turned on a TV so everyone could see the verdict announced. hahahaha!!!

6. Have you ever done a polar plunge?

Varina – Of course not. That’s craziness. However, I’ve done cannon balls in the ginormous spring-fed pool at Balmorhea State Park in far West Texas. The water holds steady at 70 degrees, but with the triple-digit summer temperatures, it feels arctic.

Charity – Well, looky looky! You have a story to combat every one of these you haven’t done! Makes me keep losing!!! Of course I haven’t polar plunged either!!!

Varina – Motherhood and writing, in that order. Those are my two main “jobs,” so I try to let Him shine through, no matter what comes my way.

Charity – Absolutely. Being a Mom is a big deal!! We get to “babysit” these children God gave us for a few years and then, they are adults. (My oldest graduates next year!! waaahhhhh)

8. If you had to choose between a dishwasher and a dryer, which appliance would you choose?

Varina – Dryer. I’ve gone without both, so I know from experience. Turns out, I don’t mind standing at the sink as much as I hate trekking to the backyard. I’m lazy that way.

Charity – Whew. I am right there with ya. We actually DON’T have a dishwasher. Well, technically, I do. His name is Ben (my oldest son).

9. Have you ever tried to catch a greased pig?

Varina – Not that I recall, but I imagine it’s similar to holding a soapy baby in the shower. *Don’t try this at home*

10. What was the strangest book you ever read?

Varina – Last year when I was researching for Justified, I read several books about rattlesnakes. The books weren’t strange, but it was strange that I was reading them. Often I would read just before bed, and then I’d dream about snakes. Icky!

Charity – I honestly don’t have an answer for this. I read so many books that I cannot think!!!! Snake books? NO THANKS!!!

Thanks, Varina! You are a blast 🙂

As I said earlier, she is giving away a copy of her NEW RELEASE!! So exciting! It releases on June 1st, so just in time. woot woot!!

Head on over to a Rafflecopter giveaway and start entering.

**Entries will be checked. Any falsified won’t count.

11 thoughts on “Face-Off with Varina Denman!!”