Stephanie Landsem is here today! So exiting!!! I know that I usually write up something about them and their awesome abilities, BUT…Her write up is so darned cute that I thought I would share it:

“I write historical fiction because I love adventure in far-off times and places. I’ve traveled since I was a teenager—backpacking through Germany and Eastern Europe, studying German in Salzburg, eating gelato in Italy, and riding camels in Morocco were some of the highlights. Travel kindles my imagination, fuels my love of history, and introduces me to one-of-a-kind characters. It’s the best kind of research.

When I can’t travel, I read. I love fiction, of course, but I’m often found behind a stack of history books or searching the web for historical tidbits. How people lived together, worked, and what they ate (I love food!) is usually what catches my imagination. No matter where or when we live, people are more alike than they are different. I love to find the similarities between our lives and those of the men and women of the ancient world.

I make my home in Minnesota with my husband of 22 years, four children, three fat cats, and a tortoise named Moe. When I’m not writing Biblical fiction, I’m feeding the ravenous horde of kids and their friends, volunteering at church and school, battling dandelions, and dreaming about my next adventure – whether it be in person or on the page.

I love to hear from readers. Feel free to start a conversation with me about Biblical fiction, history, travel, or dandelions.”

Check out her great reads here: 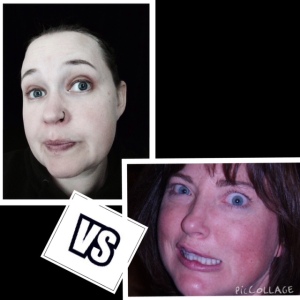 The rules are simple. I ask Stephanie some random questions. She replies and then I give my answers. Each winning answer is worth one point and I get to decide whose answer is better.

Stephanie – My best travel story is a cautionary tale. Kids, do not attempt this.

When I was in college, I was traveling in Spain with my friend, Wendy, and we thought it would be cool to go to Morocco, since it was so close. Needless to say, we were young and rather stupid. We did know that two women alone in Tangiers had to have a male guide, so we called “a guy somebody knew” and booked his services. Looking back, that was a big mistake.

Needless to say, we made several more errors in judgment: we spent almost all our money on Moroccan carpets (I still have mine), ate roasted goat from street vendors, accepted cocktails from strangers, and learned to bellydance. In the wee hours of the next morning, we found ourselves locked out of our hotel. Our guide apologized and offered to take me to his ‘parents’ home to sleep. His friend said that ‘his parents’ would welcome Wendy into their home for the night.

With our common sense finally making an appearance, we demanded that our guide find us an open hotel AND pay for it, which he begrudgingly did. The next day—tired, poorer, but a bit wiser—we boarded the boat back to Spain, promising each other to never again speak of our adventure.

Sorry, Wendy, but it’s too good a story not to share!

Charity – Ha! That’s insane!! You are super lucky to be alive!!!! What a story. I couldn’t possibly beat that. Although…when I was in Israel, I think I got my picture taken with pretty much every single male soldier. It was fabulous.

— Stephanie took that one HANDS DOWN!

2. Who was your celebrity crush when you were a teenager? Did you have posters?

Stephanie – I was quite a nerd as a teenager . . . in the 80s when being a nerd was not as cool as it is now. My crushes tended to be on fictional characters: Whoever I was reading at the time — Mr. Darcy, Gilbert Blythe, and Mr. Rochester come to mind.

Charity – Oh my. Yes, you were! haha. 🙂 I remember hiding my posters in the closet behind my clothes because my parents would never have let me have them. I had 2 Christian Slater posters and a Will Wheaton Toy Soldiers poster. Woot. I was cool.

— I am totally taking it! Hiding your hunks in your closet was too cool.

Stephanie – My favorite band is a blues/rock group called Vintage Trouble. Their new album, 1 Hopeful Rd., is awesome, especially ‘Doin’ What You Were Doin’”. Do yourself a favor and find them on YouTube.

4. Where you really good at folding notes like kids did in the 80’s (before texting was around). There were so many fancy ways to fold them!!!

Stephanie – I still have my notes from high school! Yes. We folded them so that we could slide them through the little grates in our friend’s lockers. It was way more fun than texting.

Charity – I loved them, but was never great at them!!

— Stephanie was the folding master…or so it would seem!

5. Who, from the Bible (besides Jesus), are you most excited to meet when you get to Heaven.

Stephanie – Mary, the mother of Jesus.

Charity – It’s a toss up between David and Joseph.

6. Have you ever tried fried oreos? Pickles? anything like that? Strangest fair food you’ve eaten.

Stephanie – I’m from Minnesota and our fair is notorious for food on a stick. Anything you can eat, you can eat on a stick. I’ve had deep fried pickles on a stick, cheesecake on a stick, alligator on a stick, even macaroni and cheese on a stick! I love fair food but my favorite is always the roasted corn. It just tastes better at the fair.

I have had Fried Snickers, but…EW!

— No way I am winning that one!

Stephanie – We don’t watch TV much at our house. In fact, my kids say they are probably the only people in the U.S. who haven’t seen American Idol. I tell them “Congratulations, now you have something to complain about to your children.”

Ok, I watch tv. Like…a lot. I love it. And, Survivor still steals my ❤

Stephanie – Through my writing is my first answer, but on further thought, I think we’re given plenty of small opportunities every day to do God’s will. If we “do small things with great love” we are glorifying God at all times.

9. Have you ever tried the “chubby bunnies” challenge with marshmallows? Pics?????

Stephanie – No. But my niece did it once at an assembly in front of her entire high school. She choked on a marshmallow and they had to give her the Heimlich and call the ambulance. How’s that for an embarrassing story?

Charity – What??? No way! These questions are so not planned!!! hahahaha.

— I cannot EVER compete with that chubby bunnies story!

10. Favorite place you have visited? Why?

Stephanie – Scotland! Beautiful place, lovely people. The accent – I could listen to them read the dictionary and be happy. Most people don’t know that the food in Scotland is incredible. They are obsessed with fresh fish, game, locally grown produce, plus the scones are to die for! Every meal we had there was amazing.

Charity – Ok, fancy-pants world-traveler! That is cool and I wouldn’t have ever thought about Scotland for their food!!!!

Thank you, Stephanie!! That was insanely fun!

So, guess what?????? Stephanie told me, “We can let the winner choose which of my three books they’d like me to send.” Woo Hoo!!! Now that’s amazing!

Head on over to the Rafflecopter link and start entering!!

2 thoughts on “Face-Off with Stephanie Landsem!!”