As you probably know, she’s on the front page of my blog for the monthly Author Spotlight. You can check it out for lots of fun info like why her family is “pop awesome” and why she asks not to be kicked out of the author club!

Be sure to pick up any one of her beautiful books (may I recommend my favorite? An Elegant Facade. But…I wouldn’t be me if I didn’t tell you that A Lady of Esteem is FREE for the kindle right now!!! (Links are in the book titles).

You can also see my reviews of A Noble Masquerade, An Elegant Facade, and An Uncommon Courtship.

The rules are simple. I ask Kristi some random questions. She replies and then I give my answers. Each winning answer is worth one point and I get to decide whose answer is better.

1. What’s your favorite/secret sin (and by sin I mean dessert/snack…)

Kristi – My aunt’s chocolate chip cookies. No contest. They are the bomb diggity of every baked good ever invented. I’m also a huge dark chocolate addict. Like, I eat bars of the 85% cocoa stuff. Love it.

Charity – Hmm. So, I am not a big chocolate lover. I could go the rest of my life without it. I mean, you would never guess that by my “curves”, but, alas, it’s the truth. I do have a fondness for candy (and chips…sugar and salt). Candy I can take down like a BOSS.

2. Which Jane Austen character do you relate to the most? What about your husband….which one is he?

Kris – Probably Elizabeth Bennet. I tend to run on emotion and fitting in with the norm has never been my strong suit. The Hubs would totally be Mr. Knightley from Emma. Patience of a saint, that man.

Charity – Ha! Mine is Knightley too. Same thing. This ol’ lady is HIGH MAINTENANCE and he just rolls with the punches. I am Marianne.

3. Have you ever been to a horse race?

Kristi – Only if the kids pretending to be horses and chasing each other counts. Actually, no scratch that. They were being dinosaurs, not horses. So, no. 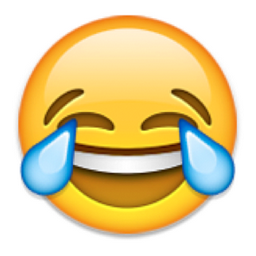 4. If you could conquer any fear, what’s the most exciting thing you would try?

Kristi – I’m gonna lose this one because my answer is totally boring, but I really wish I were a more adventurous eater. I don’t understand it because what’s the worst that could happen? It taste bad and I gag and spit it out? But I get really scared when it comes to trying new food. It’s sad.

Charity – Yeah…What’s the worst that could happen biting into that? 😯

I would leave my house. I hate leaving my house. 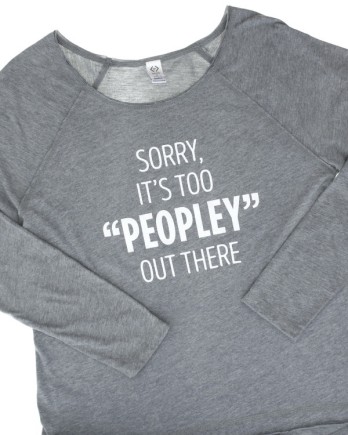 — Your answer is less boring than mine.

5. Have you ever eaten an apple with a worm? Not like, out to eat with a worm, but the worm was actually in the apple…

Kristi – The worm was no longer in it, but I did see a worm hole. Super nasty.

Charity – Barf. I haven’t and I would cry.

I sure hope people like candy more than dark chocolate…

Kristi – Just one? Really? That’s not fair! Okay, as a movie, it’s hard to beat Seven Brides for Seven Brothers. In the theater and on straight soundtrack, though, I’m gonna have to go with Phantom of the Opera. Though I will tell you that if you are sitting in the upper seats, above the level of the chandelier, the scene where it falls isn’t quite as dramatic and exciting. I like to put on the soundtrack and sing it at the top of my lungs when no one is home though. All I Ask of You  was sung at my wedding. My roommate had trained in opera.

Charity – What???!!! I absolutely agree. Hard to pick one. Movie would probably be Seven Brides for Seven Brothers (them sobbin’ women!). Live HAS to be Phantom.

7. Who are you most excited to meet in Heaven – from the Bible (Jesus doesn’t count because that’s a given! Besides, I’m going to be a God hog anyway)

Kristi – Rahab. I love her story. Left everything she knew, took all of her questionable life choices and threw them on the mercies of God and He made her part of the lineage of Christ. One of only four women listed by name in the line of Christ recorded in Matthew 1.

Charity – Oh, man. Can you even imagine? That’s amazing. I always thought it was going to be Joseph I couldn’t wait to meet. More and more, I am excited to meet David. I love that man’s heart!

8. Funniest BFF story of you guys together.

Kristi – Okay, I’m going way back on this one. In sixth grade, my best friend and I were a terror. In math class we took turns sitting behind each other and we would see how far we could push the other one’s desk until the teacher glared at us. To this day I’m surprised she didn’t move us, but the only time she actually got mad at us was when we passed notes.

Keeping this G rated (as I was not a Jesus follower until much later in life), I would definitely have to go with my best friend and I in college. We didn’t fully “appreciate” the dean there and decided to break into his office one night and set up his office furniture in the public elevators. He wasn’t too happy when he stepped in the elevator in the morning…

9. How do you strive to bring God the most glory in your life?

Kristi – That’s a trick question. I’d like to say I try to do everything for the glory of the Lord but I fail so spectacularly at that I couldn’t begin to claim it. I work very hard to give God glory in my writing. These are His books, His to use to show an element of himself to whomever He wants. I trust Him to guide the story, protect it during edits, and then put it in the hands of whoever needs it.

Charity – Awesome answer. I agree. I just try to listen to His voice as much as possible. He asks me to do a lot of awkward things…It’s quite the adventure! 😆

10. Favorite kind of workout? (Is that even a legitimate question? Does anyone like to work out? Anyone that’s human and not some robotic, perfect person)

Kristi – A short one.

Okay, so actually do enjoy pilates/yoga/floor work type of stuff once I get into it. It’s the getting started part that troubles me. I also really love dancing. We have Just Dance on the Wii and I actually do that for fun. If I’m getting on a machine, I like ellipticals although I’ve seen studies that they are like the most useless of cardio machines which just figures.

Charity – Well, my goal in life is never to exert myself. So…Win!

–When my smart watch celebrates at 15 minutes of movement being a record…there’s no way I’m winning this point. 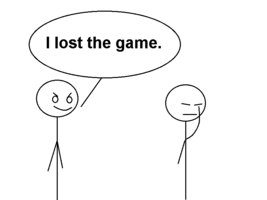 Yep. Even the poll won’t help me this time.

Thank you SO MUCH! This was such a blast, Kristi.

Your answers had me cracking up!

Everyone else, be sure to pick up a copy of An Uncommon Courtship!