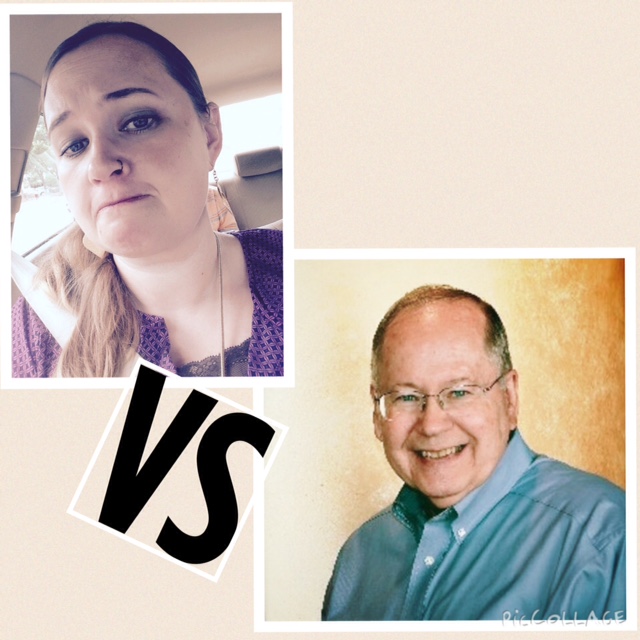 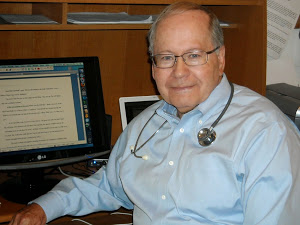 Oh my goodness! Are you guys in for a treat today! This man has done it all!! U.S. Air Force, music minister, Semi-pro baseball player, otolaryngology (that’s “ear, nose, and throat” to most folks) and author. If that doesn’t blow your mind…

Richard has authored around 10 suspense books. Here are just a few: (Links are in the pics)

The rules are simple. I ask Richard some random questions. He replies and then I give my answers. Each winning answer is worth one point and I get to decide whose answer is better.

1. Funniest story about your medical training?

Charity – haha! I bet he was sweating!! I would be scared that I was going to die if I didn’t answer correctly!! That’s great 🙂

2. THANK YOU for serving in the Air Force. Best memory?

Richard – I served as a medical officer overseas in the Azores (I wanted Carswell AFB, 30 miles from

home—I got Lajes Field, 4000 miles away). One day our seamstress came to our house crying. She said her baby daughter had swallowed a coin (about the size of a US quarter) and the Portuguese doctor said she was going to die. The hospital commander and I arranged to anesthetize the little girl and remove the coin via an instrument we placed down her throat—it was a simple procedure that made all of us happy (and got the commander and me written up in Stars and Stripes).

Charity – Ok. Not sure why I asked these questions because there is no way I can win!! That is amazing that you have saved lives. I mean, I know you are a doctor, but to hear the individual stories…wow.

3. Do you enjoy watching sports? If so, what teams?

Richard – I’ve played and coached baseball virtually all my life,

including some semi-pro ball, so I enjoy watching professional baseball (Texas Rangers), although for the West Coast games I tend to turn into a pumpkin about the fifth inning.

I also like to watch professional football (Dallas Cowboys), but have never gotten interested in the college game, except occasionally when a team I like is in a Bowl game.

Never have cared for basketball, and although our granddaughter plays soccer, the game doesn’t hold my attention.

Charity – I think we have a problem. HOUSTON….

Um, we are die hard Skins fans!! haha. So, the biggest rivalry in the NFL just so happens to be between the Redskins and Cowboys. Man!!!

I am with you on the college football. Doesn’t hold my attention.

I love baseball (so cool to see your baseball card!!!!!!!). Big Atlanta Braves fan. I also like the Duke Blue Devils (college basketball). Those are the only teams I follow closely.

— Hey, it’s my blog. Redskins’ fans get the points!

Richard – That’s tough to choose. I’ve been fortunate enough to teach medical courses all over the world (Kay and I honeymooned on a trip to Singapore and Thailand, where I almost pushed her off an elephant—but that’s another story), as well as some travels in the US and abroad on our own.

Probably our dream vacation would be a return to Santorini in Greece. (We ate dinner with another couple at a restaurant terrace that had the view pictured).

Charity – Now this is just bizarre! I mean, you can ask my readers what my dream vacation is and they would be able to point out this picture. I have said, SO MANY TIMES, that I would like to go to Santorini, Greece. *sigh* You actually went and ate on a beautiful restaurant terrace?!?!

— You get that one, HANDS DOWN! You’ve already been on my dream vacation!

5. Have you ever been part of any kind of suspense story like you write about?

Richard – Almost, although it wasn’t medical. When Kay and I were driving to a time-share in North Carolina, I made reservations for us to stop one night at a motel, part of a well-known chain. We checked in, left our luggage, and went to eat. When we came back and unlocked the door, we heard noise coming from the bathroom. I tried to open the bathroom door, but it was locked. Our luggage was undisturbed and nothing else was out of place, but I said, “Let’s get out of here.” I told the man at the desk what was happening, and he seemed unconcerned. I, on the other hand, was very concerned. We found another place to stay that night.

Charity – Oh my!!! He wasn’t concerned? ha. Now, that is really bizarre…

One time, I had to go to a church small group and my oldest son was sick. I decided to leave him home and I would check in on him. So, before I left, I set the alarm and made sure he was sleeping. Well, a couple hours later, I got a call from the security company saying that someone had entered our house through the living room. I quickly hung up because I was getting a call from my son. I asked him what was going on. He said he was hiding in the kitchen because he heard someone in the house and then he just hung up on me!!! I tried to call back a few times with no answer. Finally, he answered and said that he couldn’t talk or they would hear him. I told him that he needed to get up and just run as fast as he can right out the door to our neighbor’s house. He just hung up again!! I am high-tailing it home (about 15-20 minutes away). I am panicked, but God is giving me great peace. I got a call from the security company saying that another door had been opened. Once I hung up, I finally got through to my neighbor. She told me that my son was safely there. Once I got home, the police were waiting for me. They checked out the house and we realized….

I am a blonde.

I set the alarm to “away” instead of “stay”. So, the minute he woke up and got off the couch, the alarm picked up his movement. That was the first alert (of course it made the alarm blare like crazy, so my son totally imagined he heard someone walking around the house as he hid in the kitchen). The second alarm went off when he tore out the front door to go to our neighbor’s house. hahahaha. Oh man!!! Totally suspenseful for us!!! But a completely false alarm :-O

— I am taking it! My son was home alone telling me that he heard people in the house!

Richard – That’s another tough one. In one of my first writing classes, Alton Gansky told us, “Once you start writing, you’ll never read the same way again.” And that’s true. I find myself searching for head-hopping, passive sentences, ways I’d rewrite the story every time I pick up a book.

That having been said, I suppose my favorite authors include some of the secular writers like Robert B. Parker, Ross Thomas, and the Matt Scudder novels of Lawrence Block. I also like works by writers in the secular sphere who are obviously Christian: John Grisham and Steven James come to mind. James Scott Bell seems to have his feet in both camps, and I like his books. As for writers whose books are true “Christian fiction”—I have too many favorites to name.

Charity – I agree! That is a really difficult question. My latest craze is memoirs. I am really enjoying tearing through a bunch of those. That means….you usually don’t have the same author more than once! But, there are so many great fiction writers, I would be here all day!!

It has been so much fun getting to know you better!!!!

*U.S. Residents Only (We love the rest of you too!!)
**Entries will be checked.

5 thoughts on “Face-Off with Richard Mabry!!”