Yes. You read that correctly. TRACIE. PETERSON. is in MY house!!!! ahhhhhh Ok, my online home. STILL! This is something special! 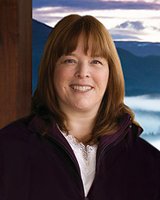 If you haven’t heard of this lady, I don’t even understand. I don’t comprehend. She has written over 100 books!!! Is that insane, or what? I couldn’t even begin to list the awards that she has won. I think they stopped offering individual awards, threw their hands up and started giving her lifetime achievement awards. I mean, seriously.

First of all, you want some free Tracie Peterson books? You asked. I deliver. Well, she does, I suppose.

Ok, now here are a handful of different series/genres that she has available:

As you can see, she has co-authored with some pretty big names! Click on the links to pick up any one of her great books 🙂 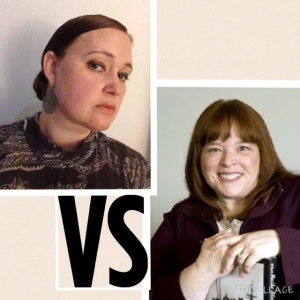 The rules are simple. I ask Tracie some random questions. She replies and then I give my answers. Each winning answer is worth one point and I get to decide whose answer is better.

1. Have you ever seen a live bear (outside of the zoo)?

Tracie – Yes, I live in Montana and it’s not unusual to be driving down the road and see a bear or two. We’ve even managed to catch a photo or two.

2. Have you ever had acupuncture?

Tracie – Nope, hate needles which is why I think God has to have a tremendous sense of humor to allow me to have Multiple Sclerosis because it requires I do self injections of medication.

Charity – Oh my goodness! I had no idea.Well, that doesn’t sound like fun at all. My father and brother have diabetes, so I have seen them do that at every meal. yikes!!! No fun!!!

I have had dry-needling, which is the same thing. The only difference is where they place the needles. For dry-needling, they put them right in your trigger points to loosen them up. Whew! Not fun!! It works though!

3. What is the scariest thing you have ever chosen to do? Skydiving, hunting, etc…

Tracie – Give birth 3 times– without medication. 😀 Frankly, just having a baby is scary – waiting and wondering if everything is going to be all right – then wondering why you were crazy enough to have children when you hadn’t been trained or given a manual or license to prove you knew what you were doing. You can’t have a pet without a license, or drive a car without proving yourself capable – but you can have all the kids you want.

Charity – 😮 Hmm. That’s one way to think of it. haha!! You are totally right…

Scariest thing…Swimming in the ocean is scary because there are sharks. However, I don’t think that really counts. Maybe hiding in an abandoned building, in the middle of the night, while a cop (my friend) had his K9 hunt me down. SO. SCARY!! First he had me run through the woods and sent his dog after me. Then, he had me hide anywhere in this big, abandoned warehouse in the middle of the night! Did I mention it was THE MIDDLE OF THE NIGHT?

— Hmm. You did three, epidural free births? You win.

Tracie – I’d choose 15055 AD in heaven after Satan has been defeated and everything has been set right and we’ve been living there 10,000+ years

Charity – Can you even imagine?!?! That is going to be glorious. WOW!!! I can’t wait to just sit in Jesus’ lap for eternity. haha. God hog right here.

As far as past eras…I don’t know! I wish people were a bit more modest, had some character and were respectful.

5. Ever had a funny tan (like, you left your sunglasses on, or held a cup on your lap and there was a big white circle…)?

Tracie – Nope, I’m a red-head and burn sitting under light bulbs too long, so I avoid lengthy sun exposures.

Charity – I have DEFINITELY had sunglasses tan!!!!!!! So embarrassing…

6. Creek with a beautiful waterfall or a totally clean pool?

7. What was the most fun age you have been?

Tracie – Hmmm that’s a hard one. I’m not sure I’m reached it yet.

Charity – haha. I am right there with ya!! I love getting older. Yes, sir-ee!!

Tracie – My writing is a ministry for Him – I wouldn’t be where I am without Him and I hope to never fail in telling people that. I do my best to live life through prayer and His Word, putting into action all that He has directed me to do. It isn’t easy and sometimes I’m not very good at accomplishing that, but it is what I’m striving to do.

Charity – Beautiful. He is blessing you because you are bringing Him glory through it all. Love it!!

9. Have you ever accidentally left your windows down going through a car wash?

Tracie – No, but there were hot days when we lived in humid Kansas that I wanted to just to cool off.

Charity – No, I haven’t either. But it is totally something I would do. I just haven’t been through many car washes…

Tracie – That’s hard. I have a ton of them from all over the board. I love Unforgettable – Nat King Cole, Feed the Birds from Mary Poppins, almost anything Mozart or Vivaldi, Abba songs, and great old hymns like What a Friend We Have in Jesus and Great is Thy Faithfulness.

Charity – I am a HUGE Frank Sinatra fan. Love him!!!

TO TRACIE PETERSON! Can’t really complain too much…

Tracie has a few extra questions for me!!!! Woo Hoo!!

1. Ever been to a costume party? What was your favorite costume?

Charity – oh my goodness! Of course!!! Love costumes. Hmm. Hard to decide. One of my favorite was when my husband and I were ninjas. I was a pink ninja, OF COURSE. It’s pretty easy to feel good about yourself when you are a ninja! haha 🙂

2. Ever had the dream where you’re back in high school, and you have to take a test and realize you haven’t studied?

Charity – Uh, that was reality, not a dream!!!! 😮 See, I’m one of those annoying people that got good grades and didn’t study…Which, is NOT a good thing, like it may seem. I had no discipline as a teenager. whew…

3. What’s the zaniest thing you’ve ever done with one of your pets?

Charity – Well, my dirty little secret is this: I am not an animal lover. I don’t have any pets 😦 HOWEVER, I did have pets growing up!!! I would dress my dog up in clothes every day. I would take him for walks in a stroller too, while he was dressed in little outfits. He totally hated it.

So much fun getting to know you 🙂 You have really blessed me and lots of readers!

I know you want to win this one!! It even has one of these little Amazon badges calling it Best Books of 2015 So Far. Not too shabby!!

Just head on over and start entering:

** Entries will be checked

3 thoughts on “Face-Off with Tracie Peterson!!”