Ah, Melanie, Melanie! I am so psyched to have her with us today!

I love her historical fiction! She is such a talented author and winner of multiple awards (including two Carol Awards).

If you get a chance, head on over to HER SITE and read about their adoption story. Since we are in the process of adopting, this was so great to see 🙂

The rules are simple. I ask Melanie some random questions. She replies and then I give my answers. Each winning answer is worth one point and I get to decide whose answer is better.

1. What is the song that always gets stuck in your head after hearing it once? (you’re welcome)

Do you have kids? You can thank my youngest daughter for that one. 🙂

Charity – (Let me start by saying that it was purely coincidental that this question was done two days in a row. That’s just how the chips fell…)

Ok, so…that song is horrible and I am so sorry for you. Of course, having all boys, that song is “Let it flow. Let it flow!” Yes. they are singing about pee.

2. What language do you think you would sound the coolest speaking?

Melanie – Definitely French. It sounds super cool on the lips of those who know how to speak it. Unfortunately, the French didn’t think I was very cool when I tried to speak it in France. I butchered their beautiful language…

Charity – Ooh, you’ve been to France! How cool is that?! I think it would be fun to speak like an Australian bloke! ha. Or a British chap. Solely so that I could say words like bloke and chap.

— You’ve been to FRANCE!

3. What’s the coolest thing you’ve ever built out of toys?

Melanie – When I was a girl, I loved to build new worlds and go on great journeys with my Barbie dolls. Instead of using toys, I created imaginary worlds with shoeboxes, paper, lots of tape, and chalk when it was warm enough to draw an entire village on our driveway. My favorite adventure was taking my dolls on the Oregon Trail (my basement was a treacherous place in the 1970s!).

Charity – Oh man! Sounds so fun. We had this GINORMOUS chalkboard…like the kind that go on a schoolroom wall, but it would fold in half to put away. My mom let us use it to play. We would draw the streets and everything on there and then use Matchbox Cars, Playmobil, Strawberry Shortcake…The ideas were endless!! We truly had so much more fun than kids do these days!!

Melanie – No fair! That’s an impossible choice for me…

Charity – No way. The magical chefs at a Hibashi Grill have to win that one! They throw eggs in their hat, make volcanoes out of onions and numerous other exciting shenanigans.

5. What is the name of the 9th president of the United States (no cheating!!)

Melanie – Trying to remember the “President Song” but now “Let It Go” is stuck in my head. Harrison? Polk? Can you just tell me who it is and I’ll write a novel about him? 🙂

Charity – I am so happy right now!! I am totally going to hold you to that! A NOVEL ABOUT….I have no idea! HAHAHA!

6. Most embarrassing song that you love?

Melanie – “Never Gonna Give You Up” (Rick Astley)

Charity – You know what? I almost died laughing when I watched the video. I grew up on that song, but I never saw the video until today!! That voice can NOT actually be coming out of that little man!!! HAHAHAHAHAHAHA!!!!!!!

I don’t even know…Ok, let me think of my most embarrassing. OH! I GOT IT!! I love this song!!!

Shut up. It’s a happy song.

— I am WAY MORE of a loser than you!! HAHAHAHAHA

7. Have you ever been to the Empire State Building?

Charity – Same here!! What in the world??

— Taking it because IT’S SO FUNNY!

9. How do you strive to bring God the most glory in your life?

Melanie – God often speaks a story into my heart, and I want to be faithful in communicating that story to the best of my ability. I’m completely aware that any time one of these stories touches someone else’s heart that it is God—not me—speaking to the reader. In a sense, writing fiction is a form of worship for me. The glory for any success in that area goes directly to Him.

10. What’s the worst pet name you have heard?

Melanie – Sir Pawface & Miss Meowsie (you don’t have cats by those names, do you?!?)

Charity – ha! No, nope. I don’t have any pets. whew. Those are horrible. The only one that I can think of that’s really bad is my sister’s cat. Her son named it “Carl” because he knew that my sister and I can’t say that name! It’s so hard!! Carl. Rural. Those are really hard words to say! HA!

— You definitely get it. Carl’s only bad because I can’t say it.

Thank you, Melanie! So fun 🙂 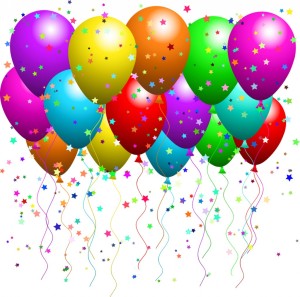 Guess what?! GIVEAWAY TIME!!! Melanie is so awesome! She is giving away a copy of her new release!! Oh my gosh! I am so excited to read this next week!!!

Just head on over to a Rafflecopter giveaway and start entering!

** Entries will be checked. Falsified will not be eligible.

One thought on “Face-Off with Melanie Dobson!!”