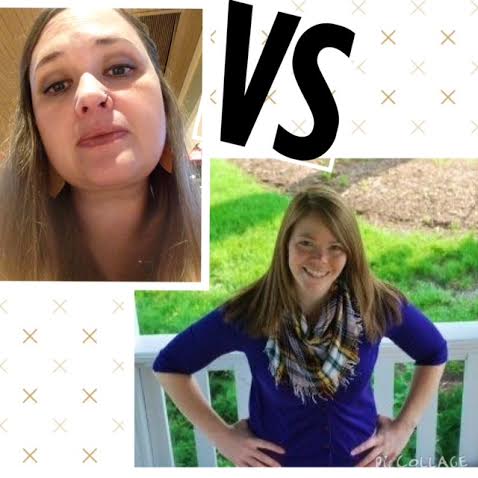 Jessica is in the HOUSE today!! She is an award winning author and popular speaker that writes Young Adult fiction and Inspirational Romance.

A taste of those awards?

Here are a few reads to check out:

The rules are simple. I ask Jessica some random questions. She replies and then I give my answers. Each winning answer is worth one point and I get to decide whose answer is better.

Charity – Oh. My. Stars. It doesn’t get much better than that…

2. Who is your favorite teen star breakout? They can be older now…like, Zac Efron or Miley Cyres

Jessica – I adore Josh Hutcherson. Adore. Like, I want to be his big sister and bake him brownies and hug him and give him love life advice. He’s just so charming and respectable in his interviews.

Charity – Nice! Did you see him in RV? He plays Carl, the adorable little boy. hahaha.

I am going to have to go with Team Jacob. Taylor Lautner. haha. Just…because…BESIDES, he’s the only boy that Taylor SWIFT wrote a nice song about after they broke up. That’s saying something!!!

3. When’s the last time your power went out? How long was it for? What happened?

Jessica – I happen to be on the same power grid as a huge, important, government science research facility. Because of that, anytime our power does surge or go out, it’s on again in seconds. Even during major (I’m talking tornado warning) storms, our power grid is given first priority. I don’t think we’ve ever been out longer than five or ten minutes. A car accident took out a power line last summer and there were workers at the site within minutes to restore the power. It’s a nice perk.

Charity – Woh! That’s really awesome! We don’t usually lose power. Maybe someone from the Witness Protection Program lives in my neighborhood and they want to keep him safe.?? Could be. You never know!

Jessica – Goodness, no. Not even in my young days. I consider walking while sipping coffee an accomplishment.

5. If you could have all the Make-up, Clothes, or Shoes FOR FREE that you wanted, which would you choose?

Jessica – Well I don’t wear make-up so that rules that one out, but I’m a total shoe fan. I love unique and quirky shoes with designs, so I’ll pick that one!

Charity – WhA?? You don’t wear make-up! You are gorgeous. That’s so awesome.

I might die if I had to make that decision. You see, I am actually a princess IRL. So…Ima gonna need them all!

Jessica – It’s not a new song but While the World Let Go by A Rocket to the Moon has been the number one song on my playlist this summer because it’s one of the theme songs I picked for the book I’m writing right now (the third book in my YA TimeShifters Series, written under the pen name Jess Evander).

Charity – That’s a gorgeous song! I had never heard it before. Anything from Tay’s 1989 album is on my #1 playlist. Lame, I know. What can I say…

Jessica – By using my gifts to try to share truth. I’ve always felt that God has made me a “door opener” in people’s lives. I’m not someone who is going to shout the Gospel in your face, because I believe in living the Gospel and loving people well first. Like with my YA fiction – those are not considered Christian at all. They are mainstream and have no references to faith, but God sprinkles Truth and open doors into everything if you allow him to work through you. Those books have opened up so many conversations for me with teens who get in contact with me online after reading them (and that wasn’t the purpose of the books at all). But I believe if we’re faithful with our gifts that God will be glorified through the use of them.

Jessica – I can’t watch any of them! *sorry* For my day job I work in the realm of law enforcement and I just start laughing every time I watch a crime show because they are all so riddled with mistakes and none of them get close to being right in how things are really handled. I stick to more reality based shows…like fairy tales and Disney made for TV movies.

Jessica – Great question, because there are a lot of ludicrous ones, but I’m going to have to go with a tie between Skin and Beak. Skin had six extra feet of skin…that’s it. It was vulnerable like our skin and he couldn’t change himself with it. Know how many times he used this power in any meaningful way to help the x-men before he was killed off? Zero. That’s right. Well done there, Skin! And then Beak. A guy with a beak and feathers who can’t fly. So he’s legitimately just a guy with a beak…that’s helpful to…no one.

Charity – ha! I laughed reading this. You are totally right. I think Cyclops is pretty useless too.

— Can’t compete with your x-men knowledge!

Thank you, Jessica! SO much fun getting to know you better 🙂

Guess What????? Yep! You got it!! This awesome gal is giving away THREE COPIES of her new release!!! All you have to do is head on over here and start entering:

** Entries will be checked. Good luck!!

4 thoughts on “Face-Off with Jessica Keller!!”